What is carbon monoxide (CO) and how is it produced?

How many people are unintentionally poisoned by CO?

On average, about 170 people in the United States die every year from CO produced by non-automotive consumer products. These products include malfunctioning fuel-burning appliances such as furnaces, ranges, water heaters and room heaters; engine-powered equipment such as portable generators; fireplaces; and charcoal that is burned in homes and other enclosed areas. In 2005 alone, CPSC staff is aware of at least 94 generator-related CO poisoning deaths. Forty-seven of these deaths were known to have occurred during power outages due to severe weather, including Hurricane Katrina. Still, others die from CO produced by non-consumer products, such as cars left running in attached garages. The Centers for Disease Control and Prevention estimates that several thousand people go to hospital emergency rooms every year to be treated for C 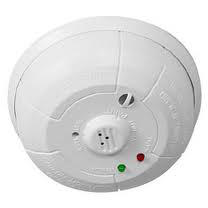 What are the symptoms of CO poisoning?

Because CO is odorless, colorless, and otherwise undetectable to the human senses, people may not know that they are being exposed. The initial symptoms of low to moderate CO poisoning are similar to the flu (but without the fever). They include:

Symptom severity is related to both the CO level and the duration of exposure. For slowly developing residential CO problems, occupants and/or physicians can mistake mild to moderate CO poisoning symptoms for the flu, which sometimes results in tragic deaths. For rapidly developing, high-level CO exposures (e.g., associated with the use of generators in residential spaces), victims can rapidly become mentally confused, and can lose muscle control without having first experienced milder symptoms; they will likely die if not rescued.

How can I prevent CO poisoning?

Make sure appliances are installed and operated according to the manufacturer’s instructions and local building codes. Most appliances should be installed by qualified professionals. Has the heating system been professionally inspected and serviced annually to ensure proper operation? The inspector should also check chimneys and flues for blockages, corrosion, partial and complete disconnections, and loose connections.

Never operate a portable generator or any other gasoline engine-powered tool either in or near an enclosed space such as a garage, house, or other building. Even with open doors and windows, these spaces can trap CO and allow it to quickly build to lethal levels.

Install a CO alarm that meets the requirements of the current UL 2034 safety standard. A CO alarm can provide some added protection, but it is no substitute for the proper use and upkeep of appliances that can produce CO. Install a CO alarm in the hallway near every separate sleeping area of the home. Make sure the alarm cannot be covered up by furniture or draperies.

Do not cover the bottom of natural gas or propane ovens with aluminum foil. Doing so blocks the combustion airflow through the appliance and can produce CO.  During home renovations, ensure that appliance vents and chimneys are not blocked by tarps or debris. Make sure appliances are in proper working order when renovations are complete.

Must be presented at the time of service. Can not be combined with any other offer.